This data dish is a play on perception and a live poll, based on UNDP Kosovo’s “Public Pulse” report. Each year, citizens are asked to share their experiences when they were faced with corruption at local and central institutions and to share their thoughts on the biggest problems that they face. There is much talk that “perception overstates the problem of corruption”, that it’s "all in people’s heads". This dish puts the data in people’s mouths.
There are three soups. Each represents one of the three biggest problems in Kosovo according to Kosovars: Unemployment comes first, corruption second and economic development third. In three cauliflower soups the amount of chili differs. When the soup is served, people are asked what is their perception of the dishes. Do they taste the difference and which one is the most spiced? Or in other words: Which one represents the biggest problem? Trust your taste buds and put your spoon next to that bowl! 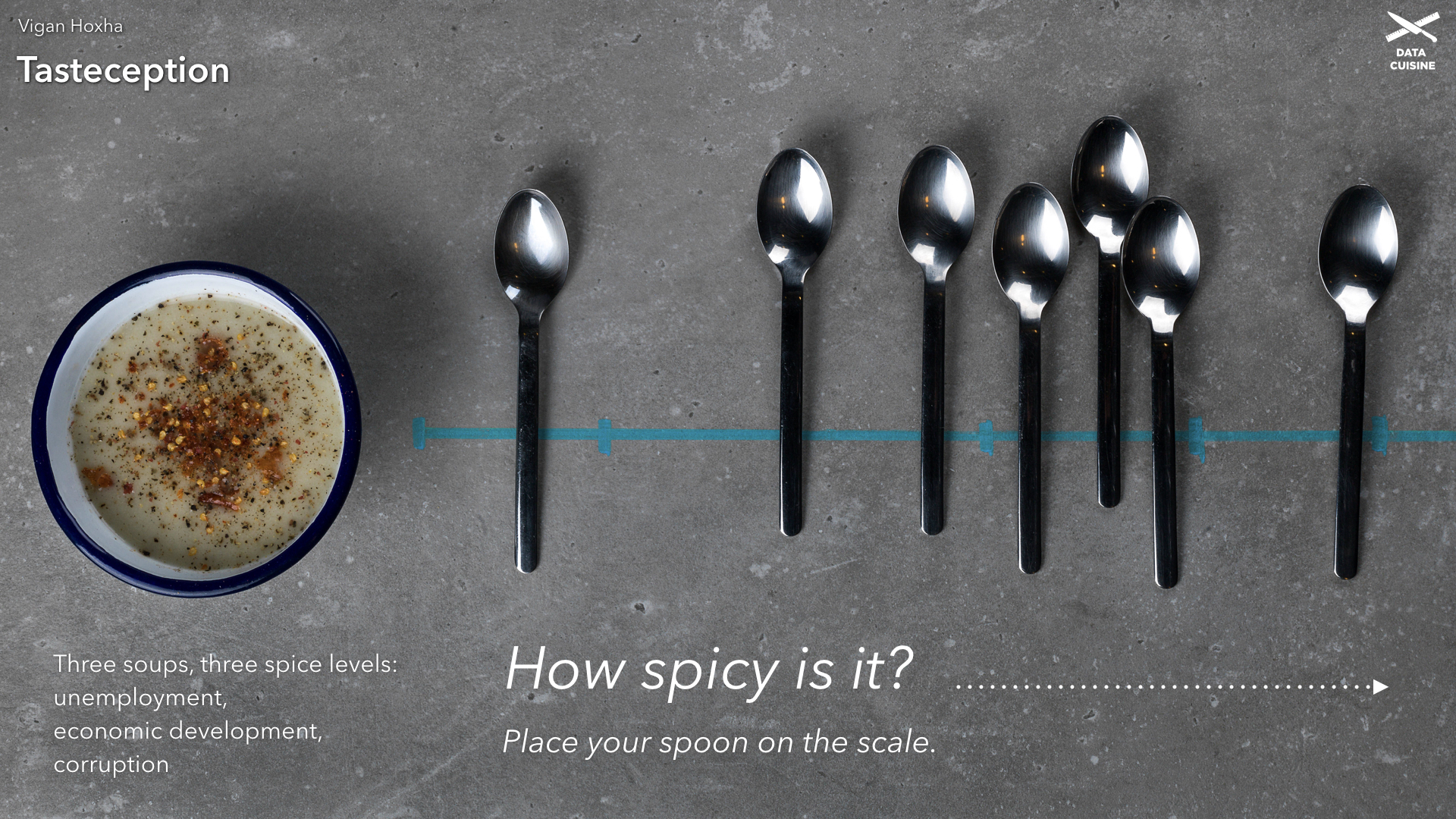 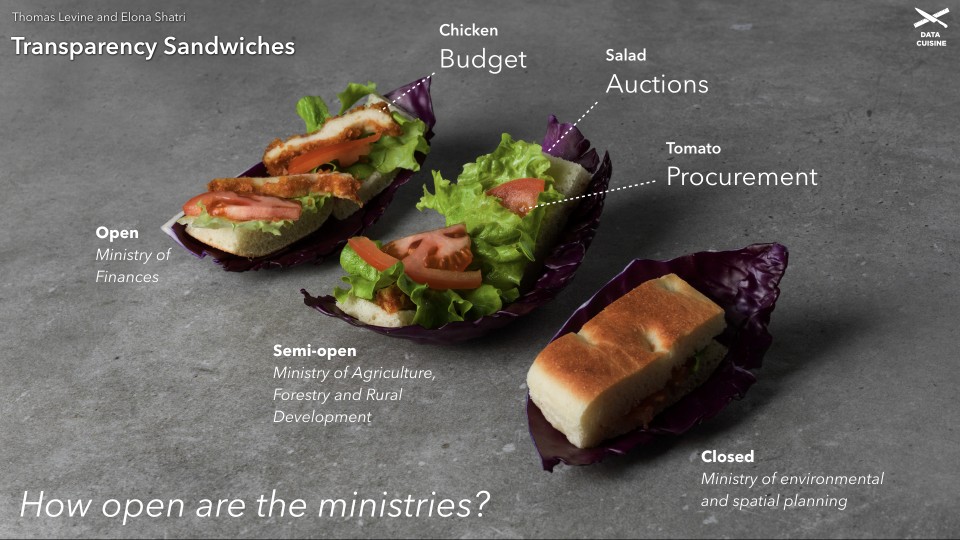 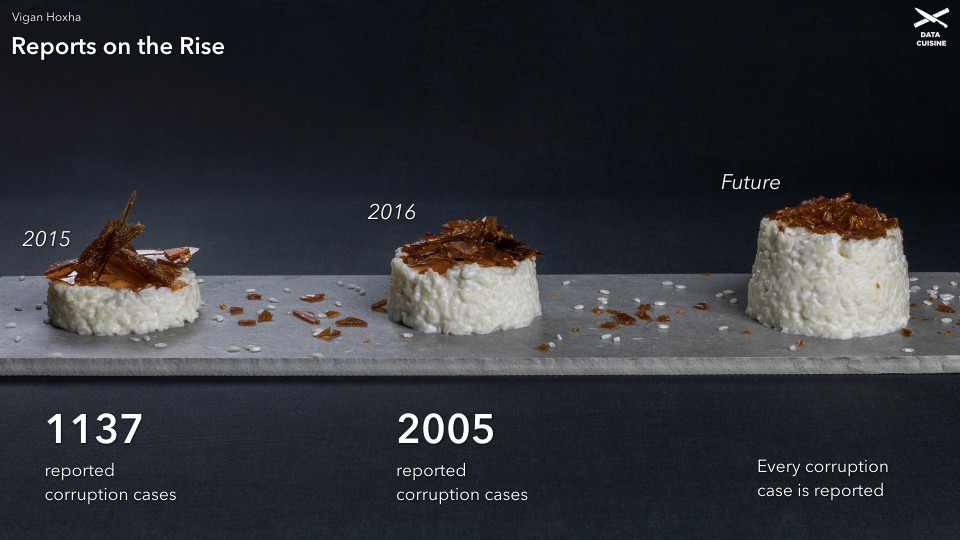 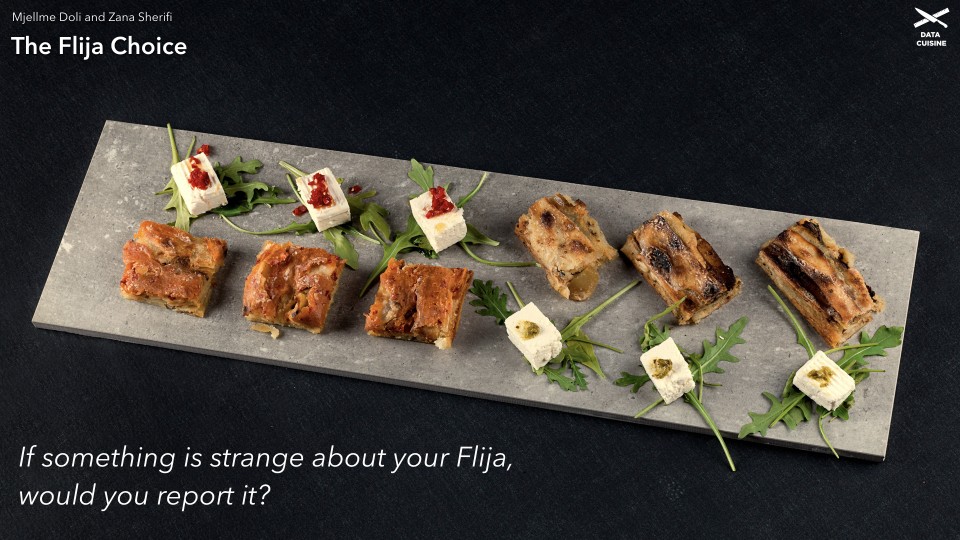 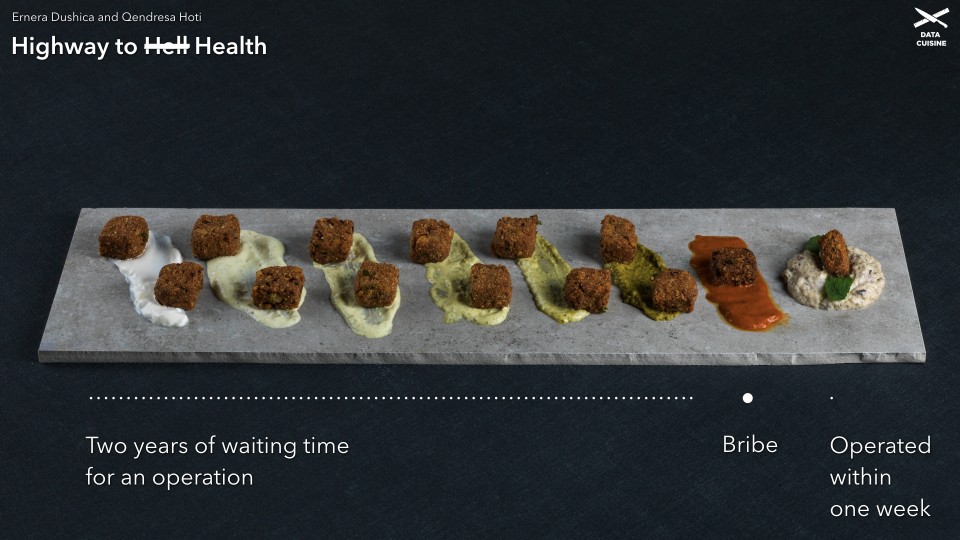 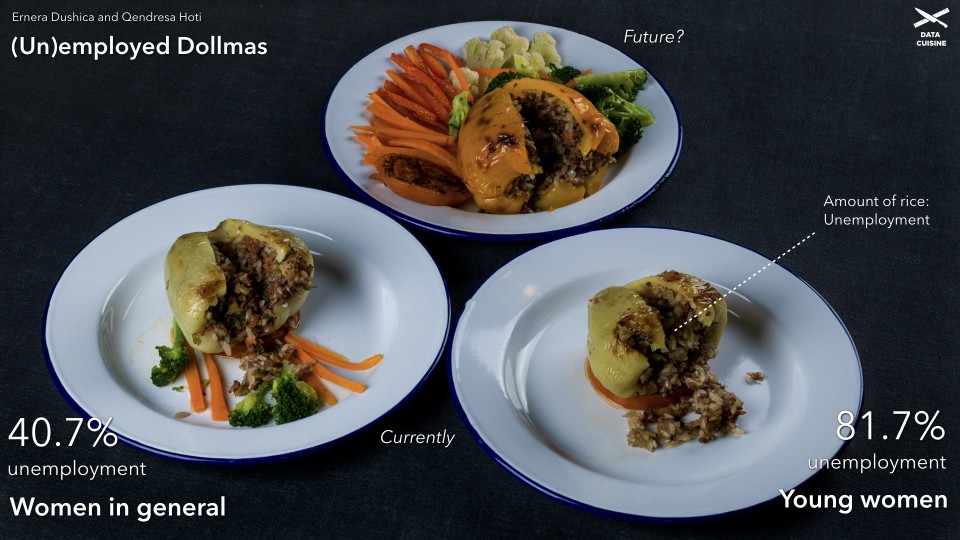 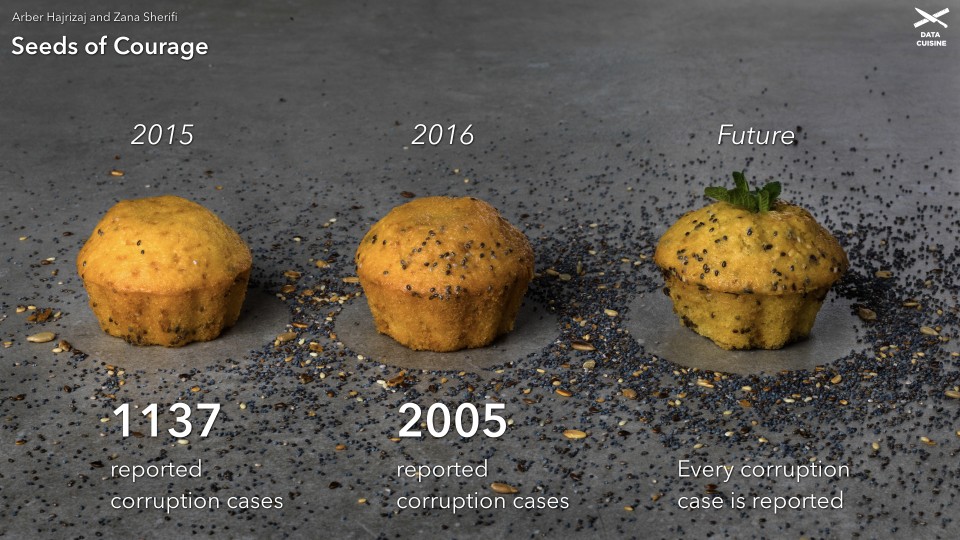 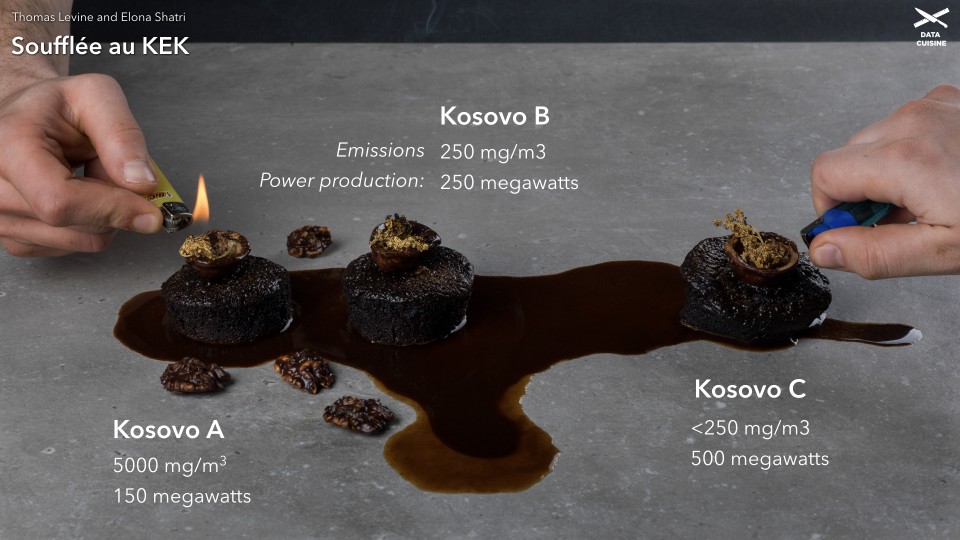