This dish contrasts the numbers of employees in state media in Tunisia, Iraq, Egypt and Iran in two variations of potato.

In Egypt, there are 57.000 people employed in state media, which is quite a big number –– whereas in Tunisia it’s only a thousand. This dominance of state media of course influences the public sphere and seems to go hand in hand with the authoritarian rule in Iran and Egypt. Interestingly enough, in Iraq the number of employees is comparably low, and that speaks for a more liberal society than we might think or are told.

In order to express this feeling of dominance of state media, Anja and Maral came up with the idea to represent it by a piece of potato, that per se is dense and a bit one-dimensional when it comes to taste. In contrast, the potato foam — representing a higher grade of liberality and variety of media — feels light on the tongue and is definitely more colourful. 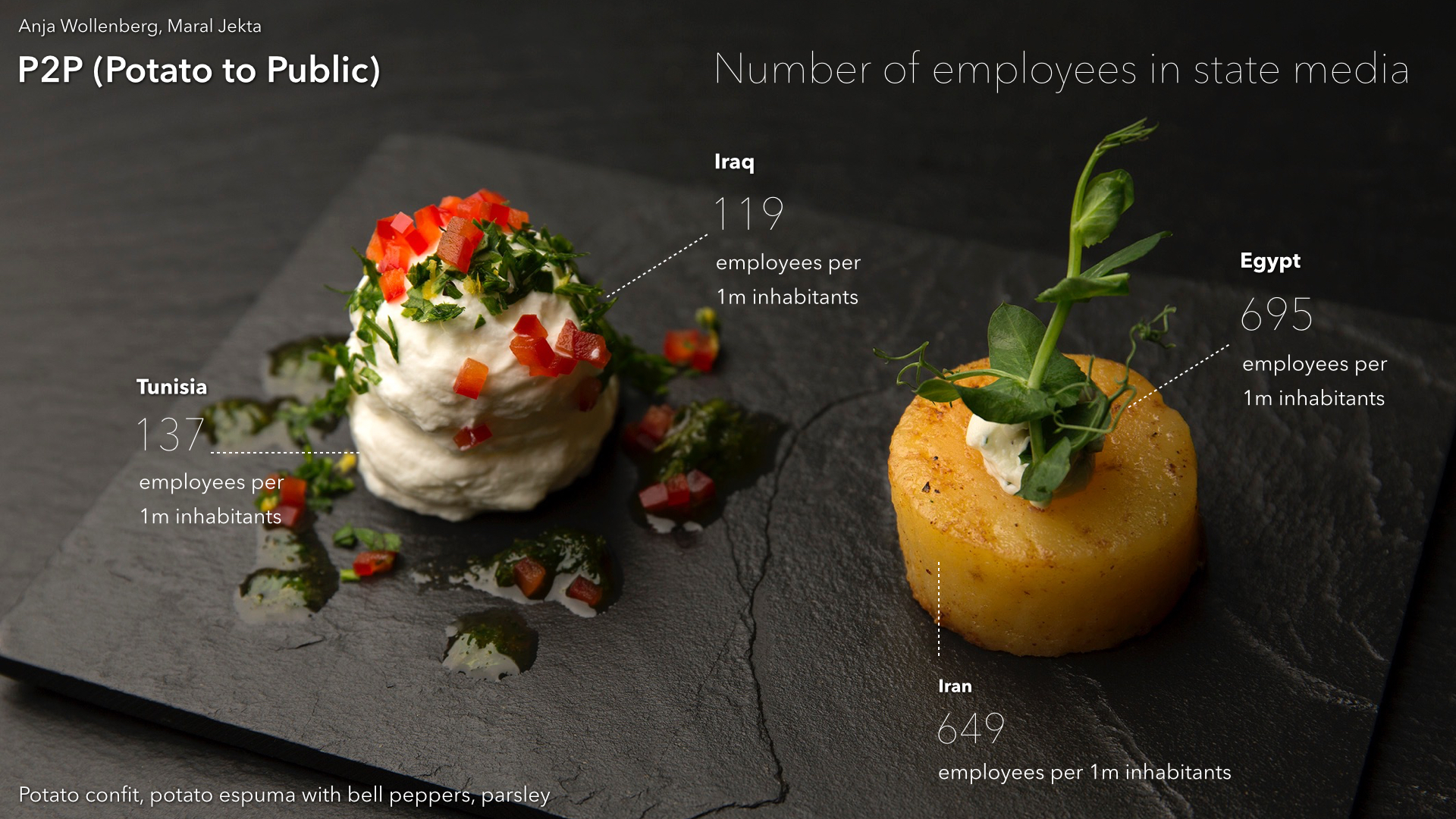 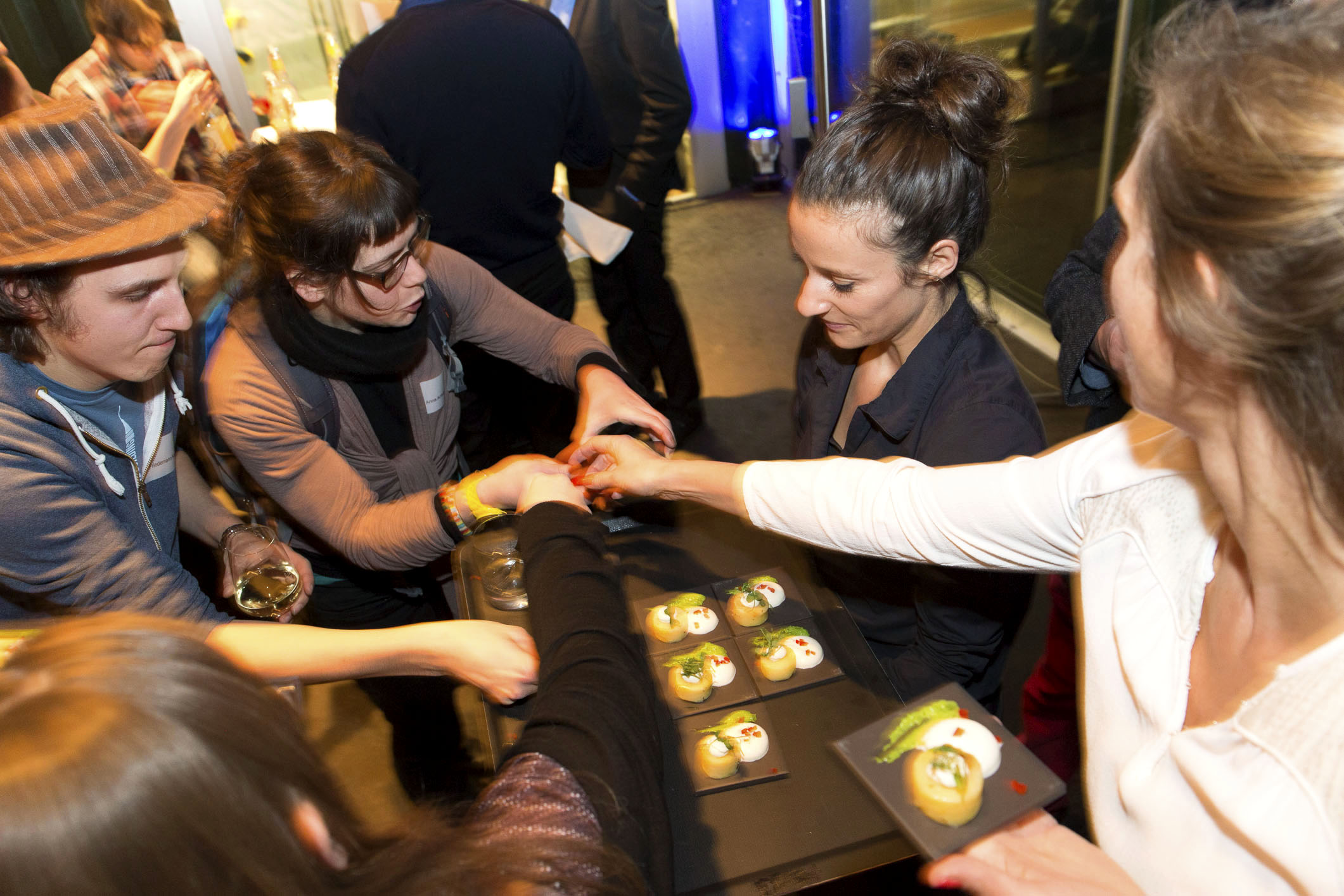 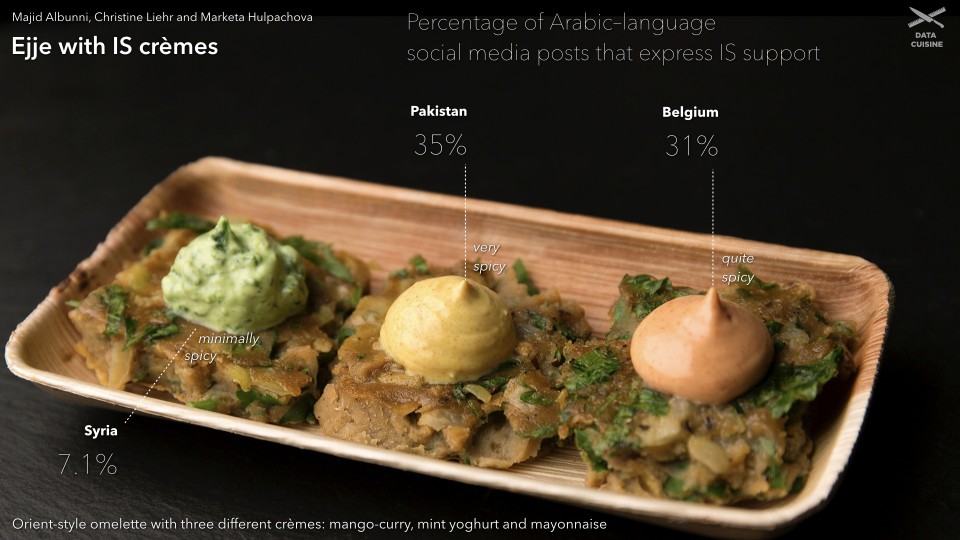 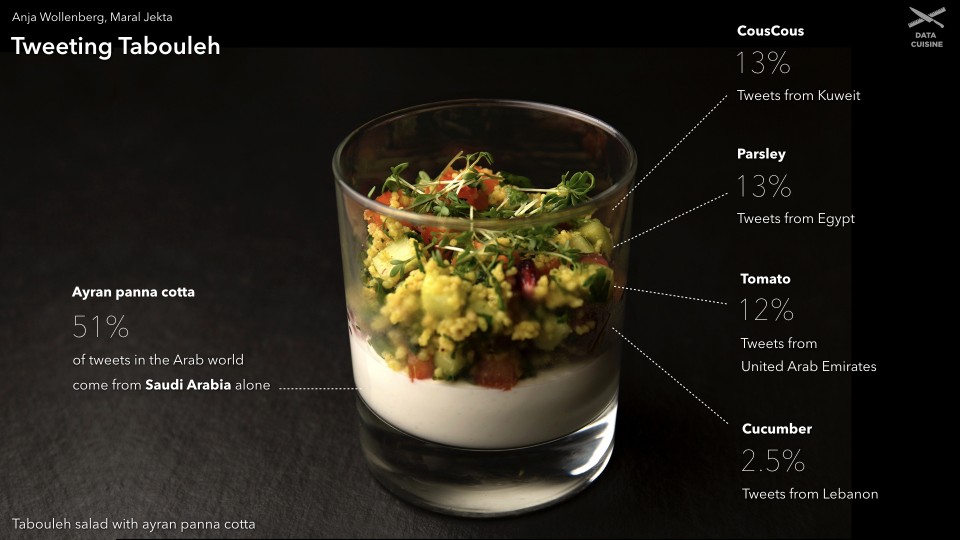 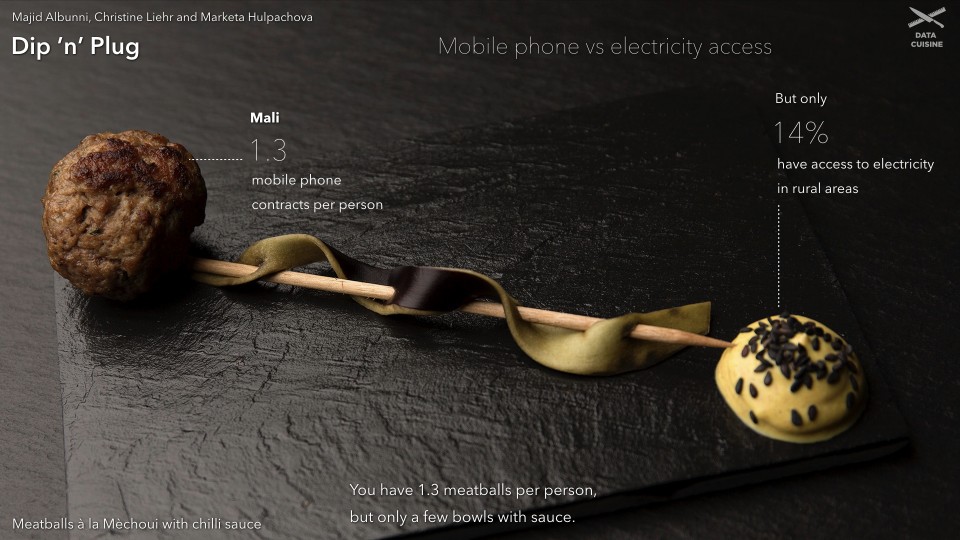 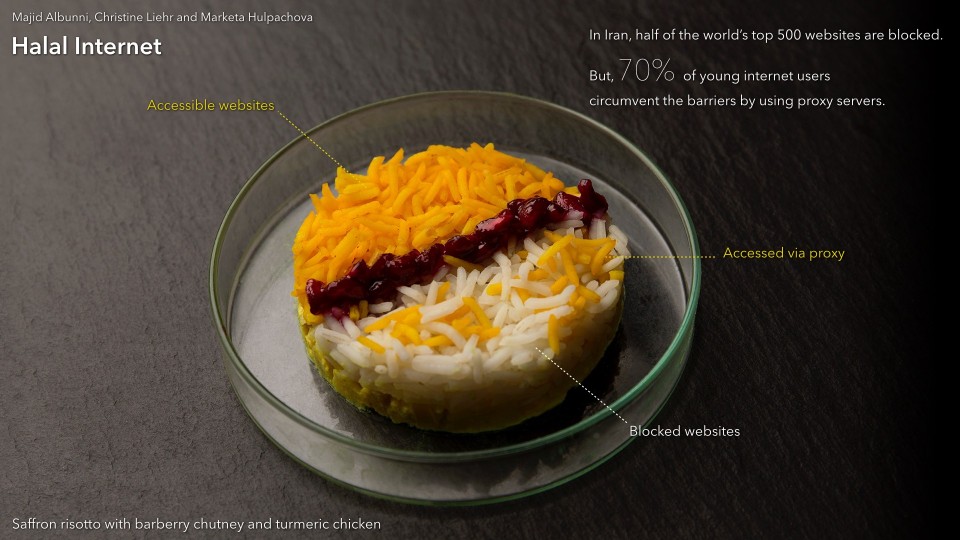 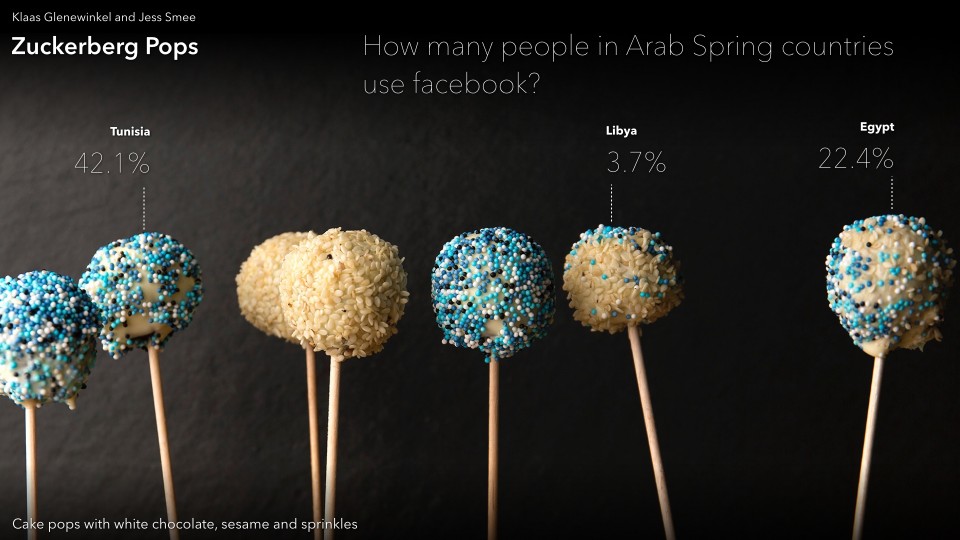