The North and West African tradition of brewing and drinking mint tea ("Ataya" in Pular language) is used to visualize the loss of public approval, that the Gilets jaunes movement has been seeing in 2019. In December 2018, almost 70% of the French people were in agreement with the movement, but due to acts of violence and decreasing media coverage, it has lost its broad public acceptance over the past months, dropping to 46% in April 2019. As the movement loses its basis, the tea gets diluted and loses its strong taste. The fluid in the glasses represents the percentage of people in favour of the Gilets jaunes movement, while the "gouf" (Pular for the tea foam on top) represents the people disapproving or being indifferent to the movement. 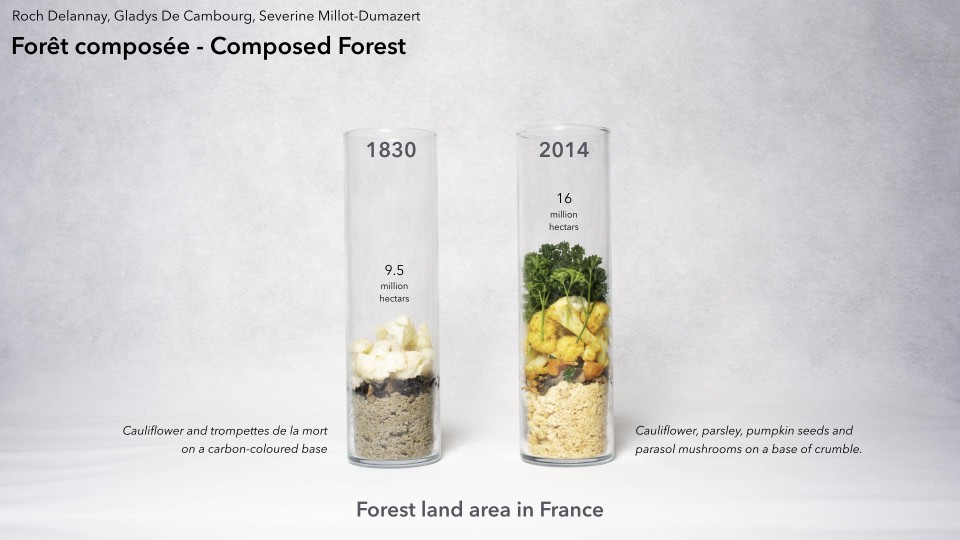 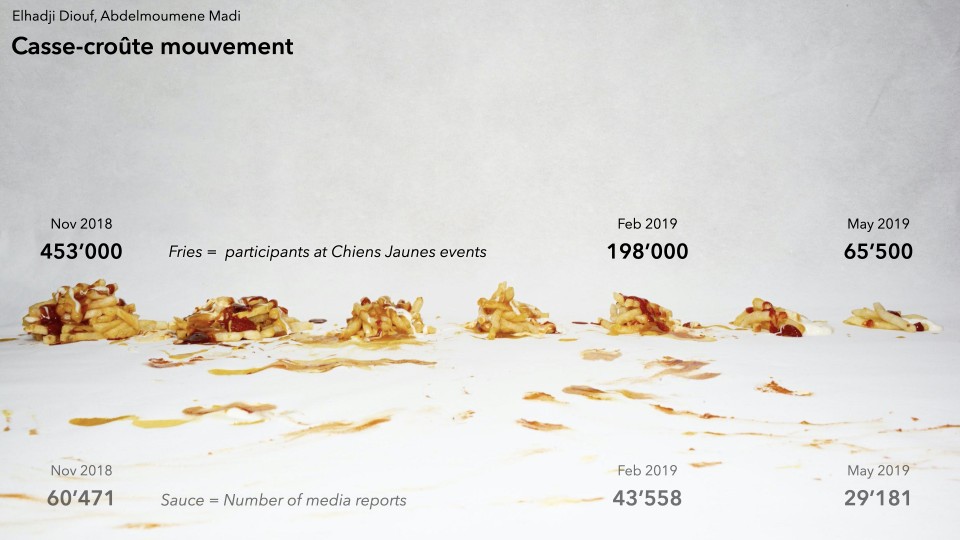 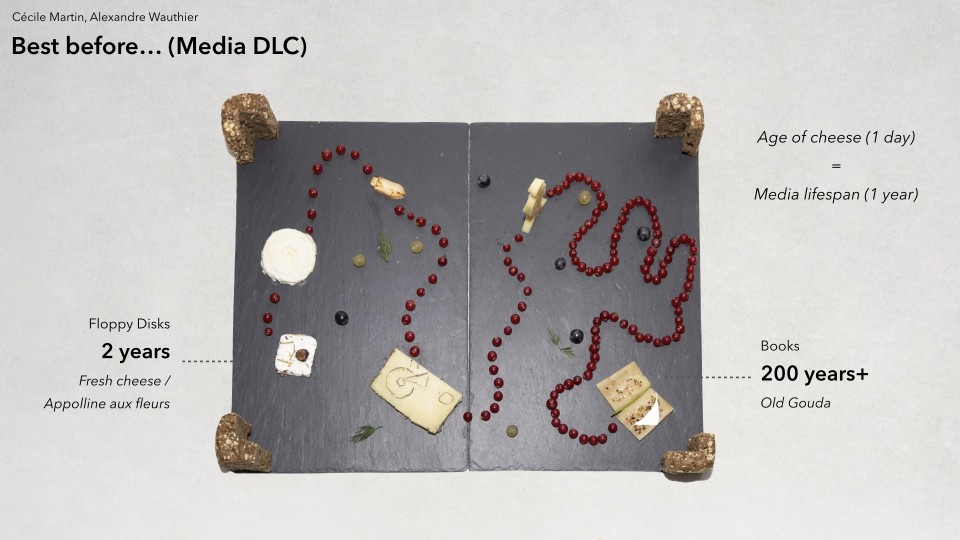 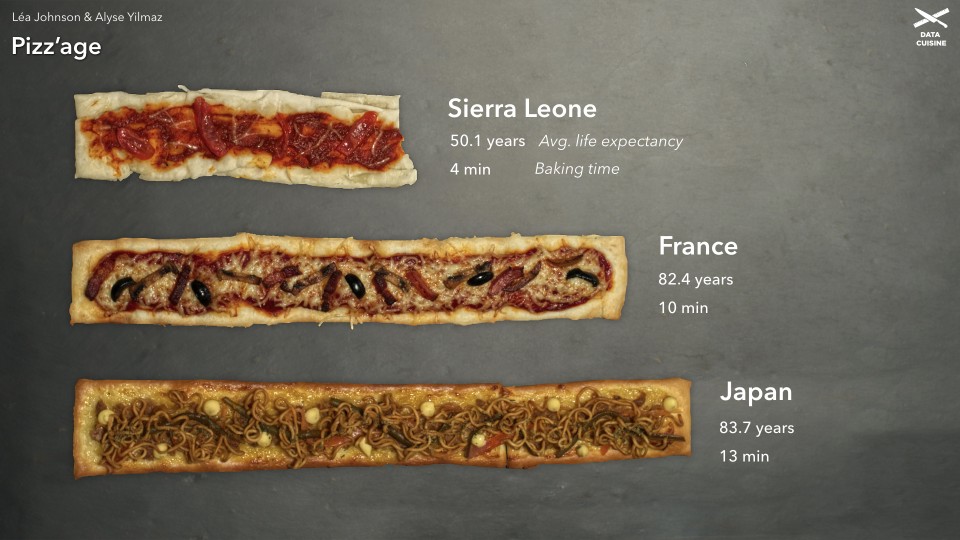 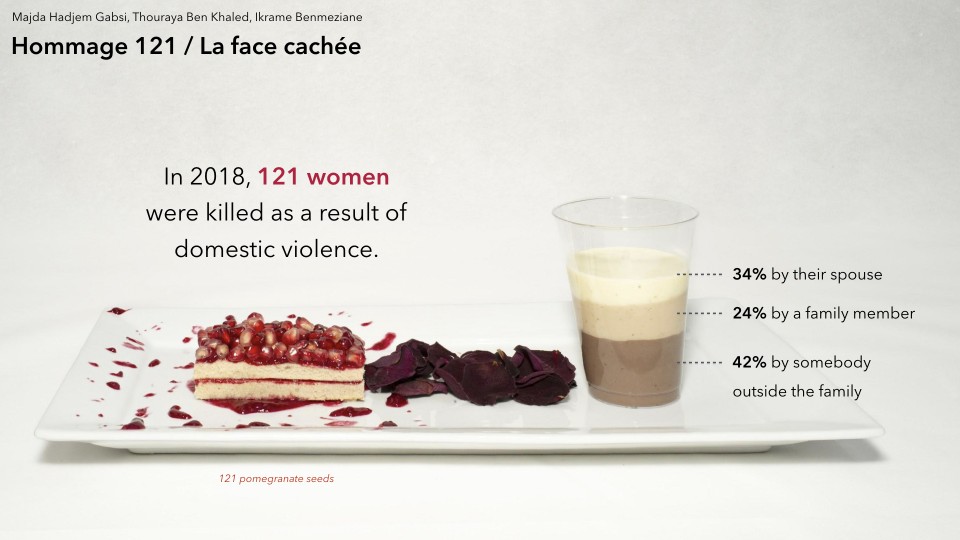