This dish represents the amount of homeless people in Barcelona, comparing summer (the big loaf) and winter (the considerably smaller one). In summer, many more people don’t have shelters and live on the streets, while in winter less people literally live on the street.

Reflecting the theme of the homeless’ daily struggle for food, Pilar decided to use exclusively food waste of the other participants to create her dish. The use of the waste in the dish speaks for itself. It proves that what we usually consider waste often can be used to create tasty dishes. It also alludes to homeless people living on our garbage. 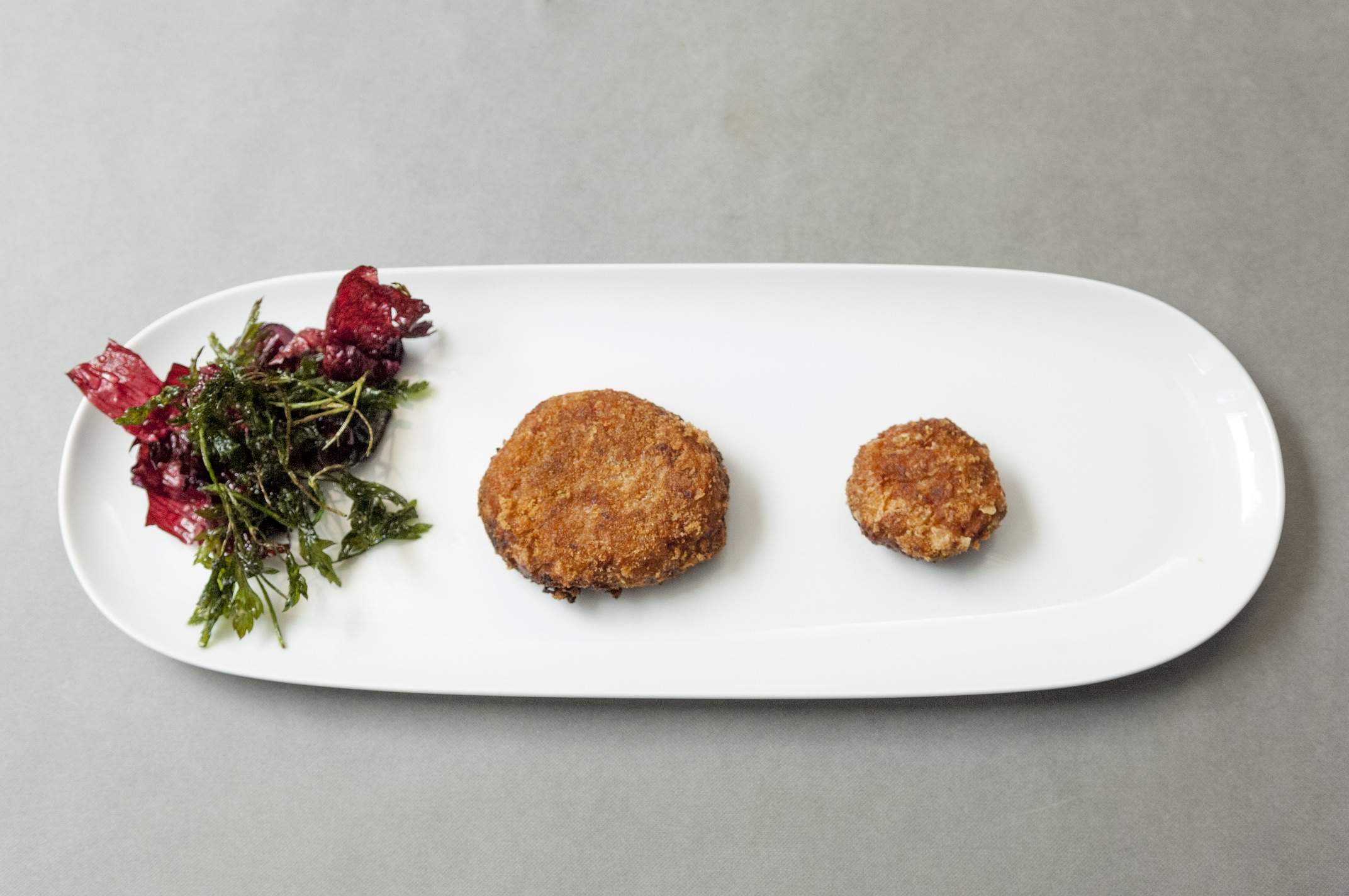 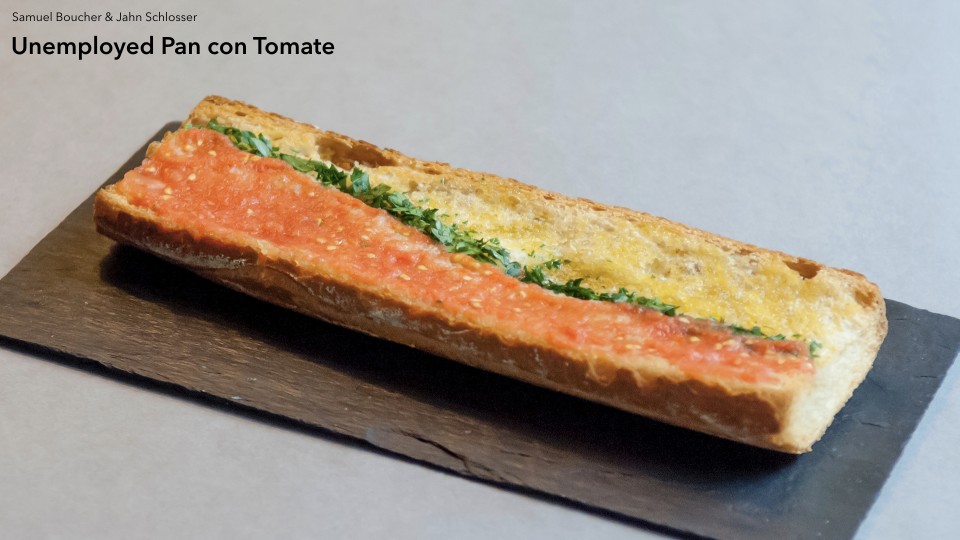 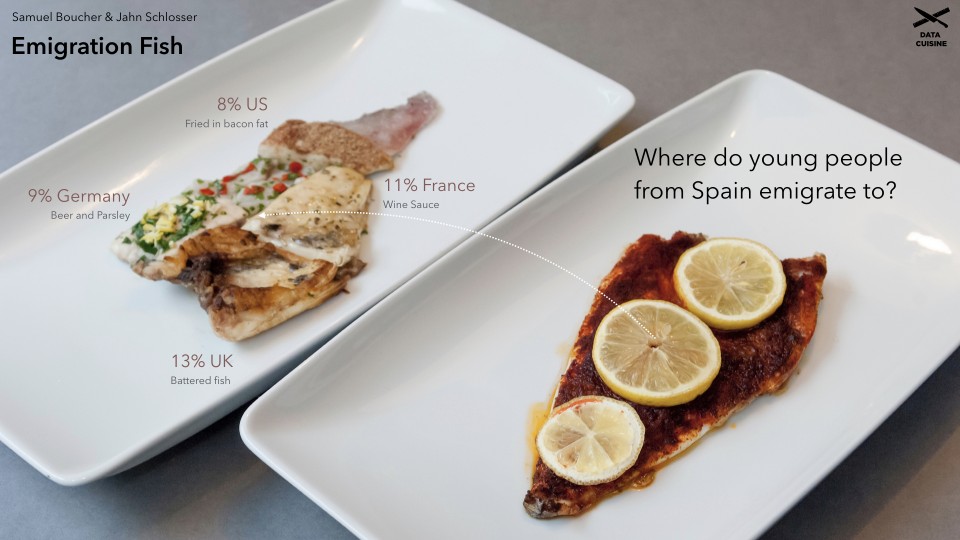 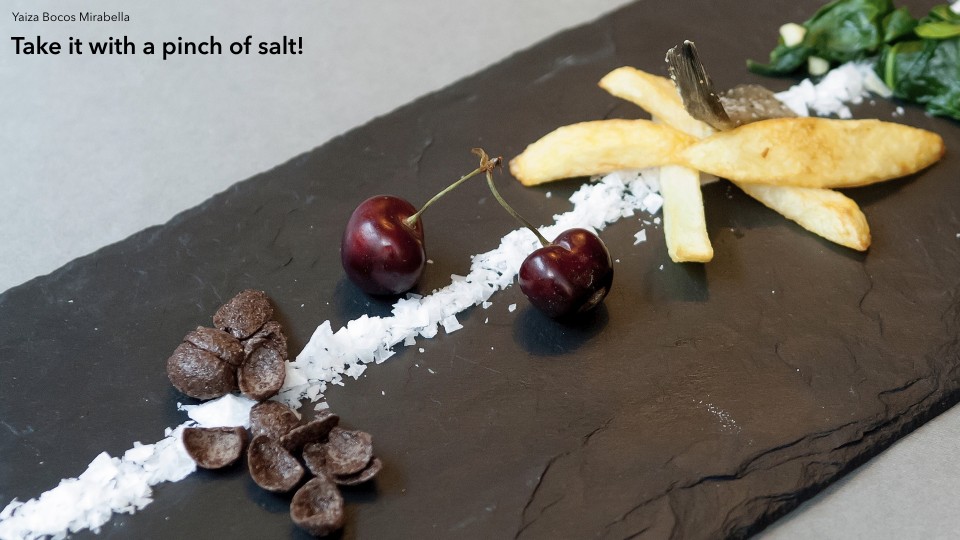 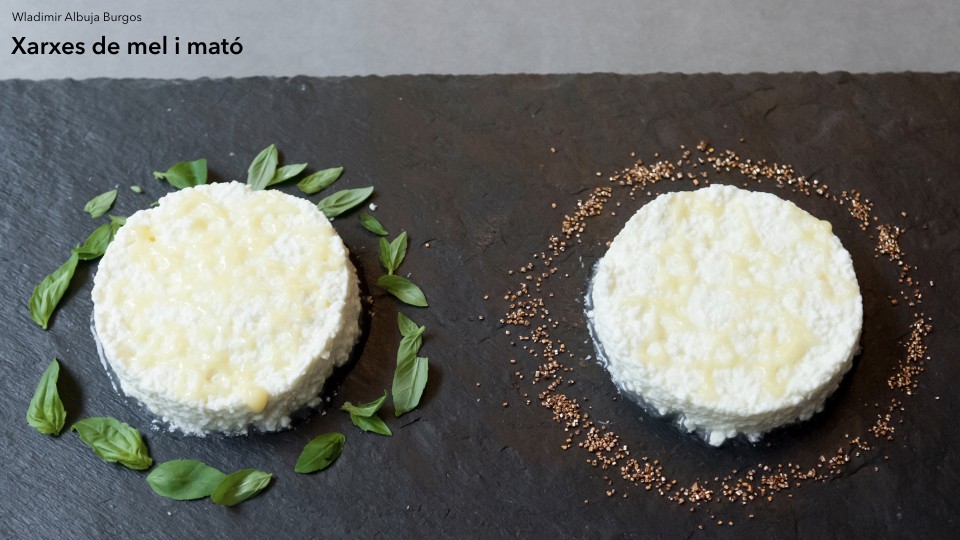 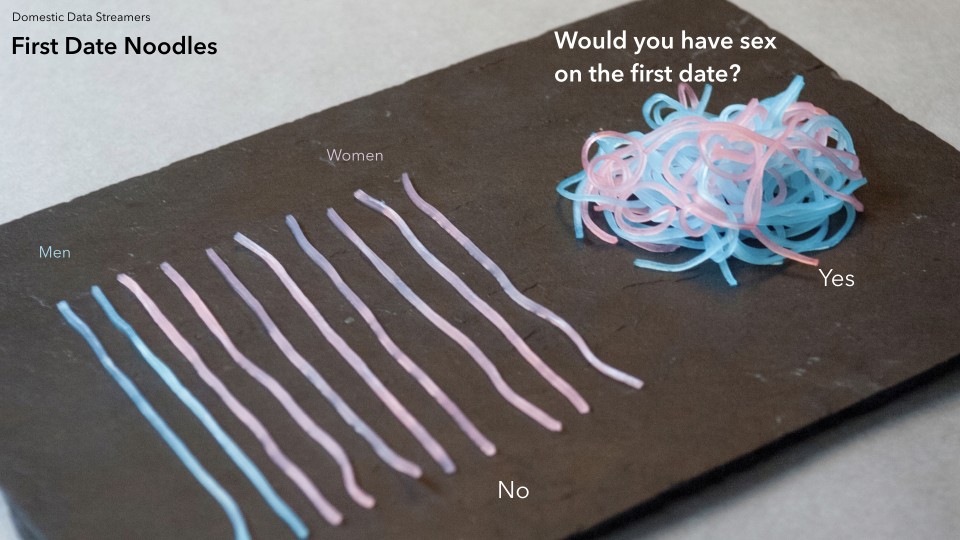 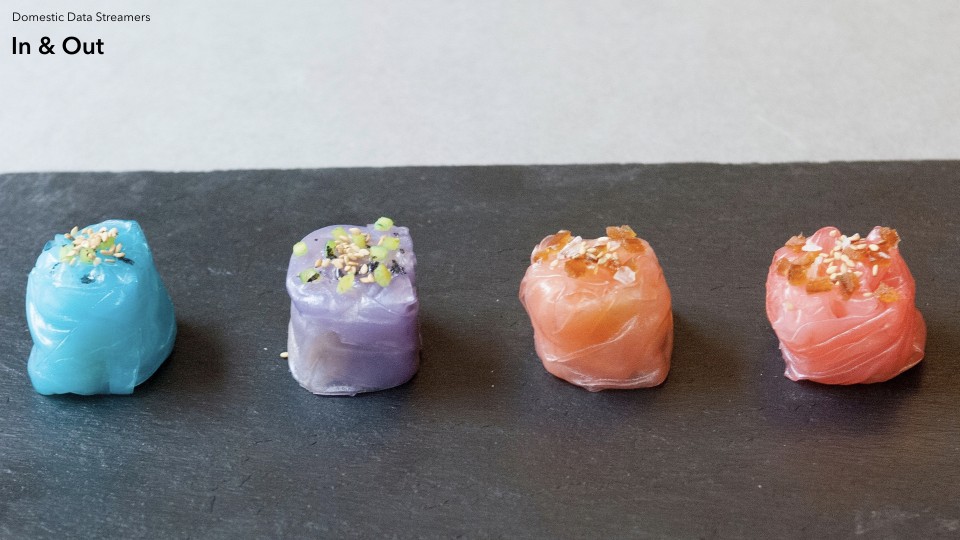 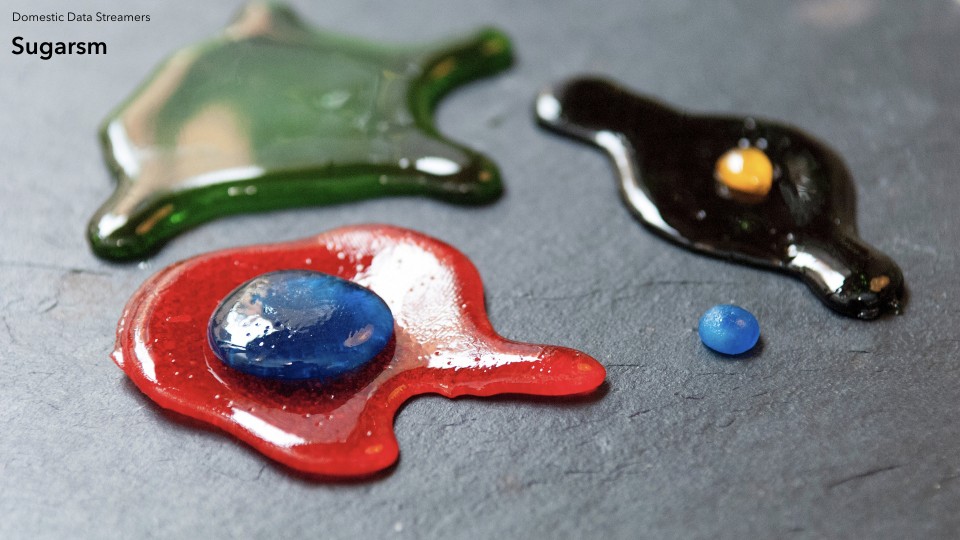 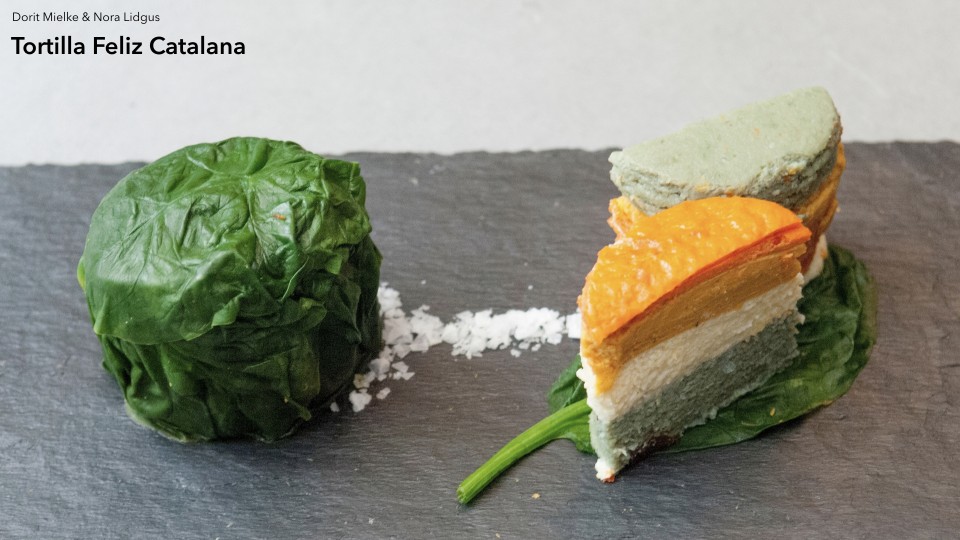 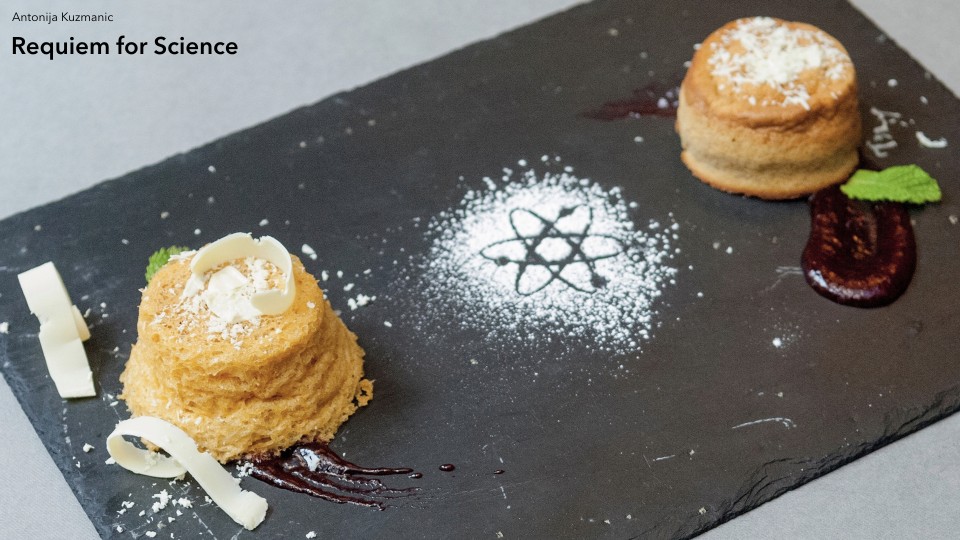